We produce small-diameter silicon wafers (12 inches or less) for semiconductors in an integrated manner ranging from single crystal ingots to wafer processing.
We have established the global supply system mainly for the mass-produced wafers for bipolar integrated circuits, discrete circuits, and MEMS.

Map of the silicon wafer factories in China

A Polished Wafer is made from a single-crystal silicon ingot which is thinly sliced and then mirror-finished on one side or both sides to produce high flatness and cleanability.

An Annealed Wafer is made by heating a Polished Wafer to a very high temperature in an argon atmosphere to provide an improved crystal integrity of the device formative layer and a gettering function for application to cutting-edge devices.

A COP Free Wafer can be used in advanced devices in which oxygen precipitates and a collection of pores or COPs (Crystal Originated Particles), which degrade the breakdown voltage of a gate oxide film and increase junction leakage currents, are removed by controlling crystal growth.

As a substrate for Epi Wafers, this wafer accommodates various types of dopants (boron, phosphorus, arsenic, and antimony) that control the characteristics of the device.

An Epi Wafer is made from a single crystal silicon that grows on the surface of a Polished Wafer by a vapor phase epitaxy method, featuring a superior quality as a substrate for discrete semiconductors and MOS-ICs. 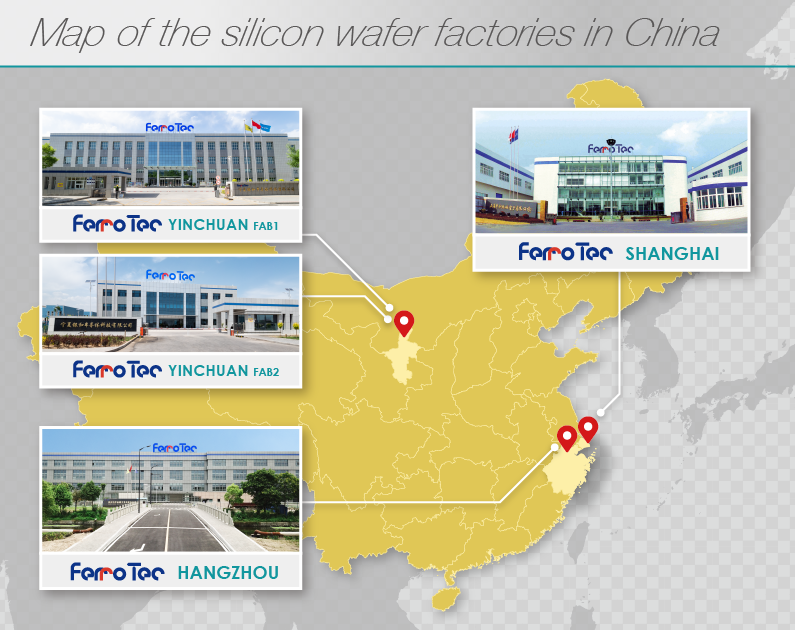 Industries that use these technologies

Manufacturing sites of this product